Home / News / What’s the difference between electric and manual bollards?

What’s the difference between electric and manual bollards? 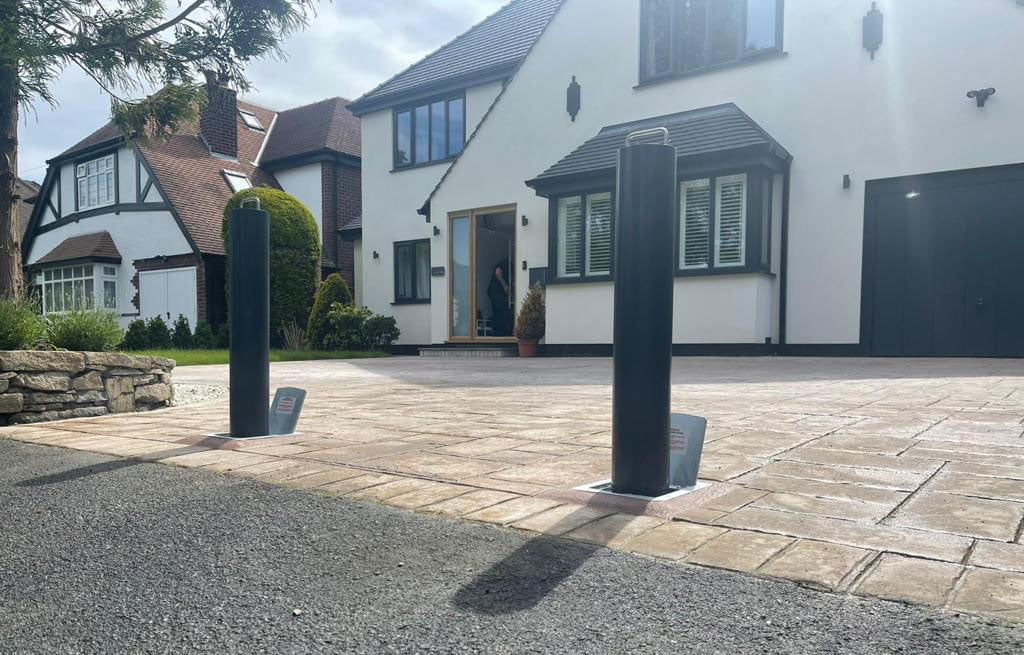 As you’ll know if you’ve taken even a brief look around our site, there are lots of different types of bollards for driveways. Since each of them have their own distinct set of characteristics, strengths, and intended applications, that can make the process of deciding which one to choose for your driveway far from a straightforward decision. So if you’re wondering about the main differences between electric and manual bollards, this post is for you!

The main difference between electric and manual bollards

To be honest, manual and electric bollards can be broadly categorised into domestic and commercial applications (although this is more of a general trend, rather than a hard and fast rule). Manual bollards tend to be domestic and residential because they’re economical and easy to use, capable of being easily operated by a single person with the right key or means of access. They’re generally used to enhance home security by preventing car theft and similar petty crime.

Electric bollards on the other hand (often referred to as automatic bollards) are even sturdier, and used to provide even more solid protection for otherwise vulnerable commercial environments, public premises, or sensitive installations. Accordingly, they’re designed to impede or repel even more serious kinds of threats, like ram-raiding attacks or vehicular terrorism. These remote-controlled bollards can also be raised and lowered more frequently and at shorter notice, to cope with more high-traffic areas.

There are plenty of different types of manual bollards, but we’ll just cover three of the main categories here.

As the name suggests, the design of these bollards allows them to collapse in on themselves to provide flexible protection of a driveway. They can be locked firmly into place in just seconds, leaving them flush with the ground so that nobody has to worry about any tripping hazards or similar concerns. They’re amongst the most popular choice for driveways because they’re easy to use and highly effective. Lift-assisted driveway bollards are also available, with an in-built mechanism that can significantly reduce the lifting weight. 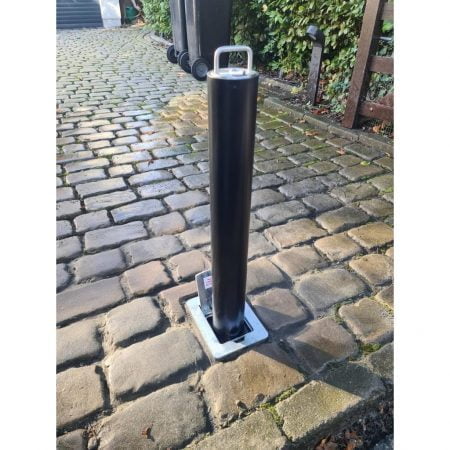 These are just as flexible as telescopic bollards, and can equally be raised and removed in a matter of seconds. But the main difference, obviously, is that rather than disappearing into the ground, these bollards are simply lifted out and taken away. When they’re installed, they sit within an outer casing set at a relatively shallow depth into the ground. We know what you’re thinking – doesn’t sound quite as sturdy as a telescopic bollard, does it? You might be surprised there though – removable bollards are just as sturdy as their telescopic counterparts. 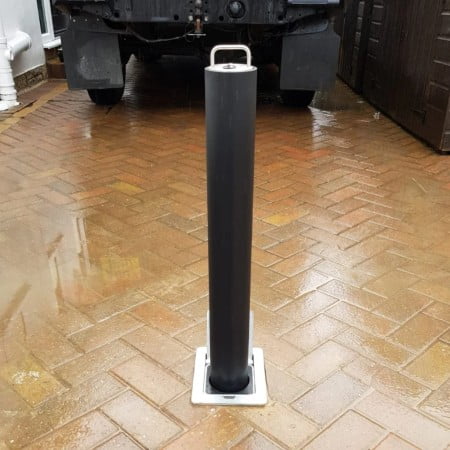 So, why choose them over telescopic bollards? Well, they’re mainly designed for areas of ground that have a high water table; in other words, the level at which the soil or gravel is saturated with water. Installing telescopic bollards in these kinds of conditions can make them rusty in almost no time at all, and lifting one out of a water filled casing also creates drag, which makes it much more difficult to move. Removable bollards are also useful if you have pipes or wiring underneath your driveway, which affects the depth to which it can be excavated. When removable bollards aren’t in use, they sit in specialised sockets to prevent any scratching.

These are sometimes referred to by the alternative moniker of static bollards. Unlike their counterparts we’ve covered above, fixed bollards are notable for being used for almost everything but driveways, because they can’t be moved once installed. Instead, they’re often used for applications like demarcation in car parks, or protecting car dealerships from ram-raid attacks. They’re very occasionally used by residential homeowners who want to permanently block off an area in their property from vehicle access. 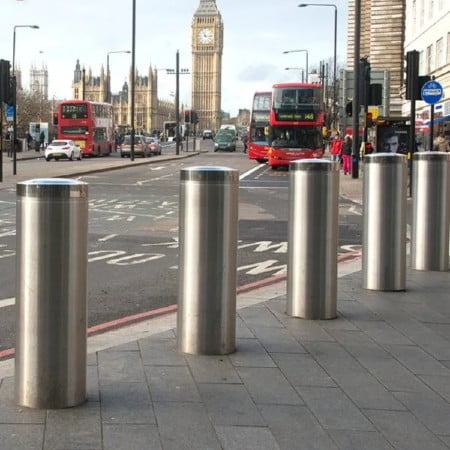 One of the most obvious distinguishing features of electric (or automatic) bollards is that they don’t need to be physically operated. Instead they can be remotely controlled using a device like a key fob, or programmed to raise and lower themselves at certain times of day to account for peak traffic times. They’re a relatively rare sight in domestic settings, and although they’re sometimes used as high-end security solutions at residential premises, they’re far more frequently found at more commercial locations, industrial sites, or more sensitive facilities.

They’re often stouter and sturdier than manual bollards, to reflect their role as the first line of defence against unauthorised entry or ram-raid attacks. What’s more, some automatic bollards can be augmented with LED lighting systems to provide early warning and improve safety for passing vehicles and pedestrians (while at the same time warding off potential intruders). 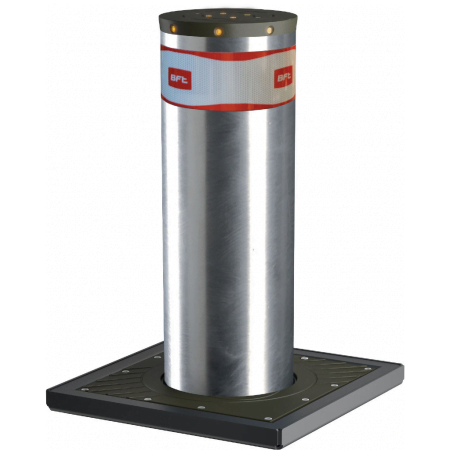 All this information is just the broad strokes though – if you need any more help or advice, don’t hesitate to ask us right here at Bollard Security. We’ve got a huge range of bollards for you to choose from, encompassing a range of bollard types and colours to best suit your property. And if you’re already considering installing a set of bollards, don’t forget to check out our post on how to properly choose the best ones. Alternatively, our experts are always happy to advise – just give us a call on 01756 363 196, and we’ll be happy to see how we can help!